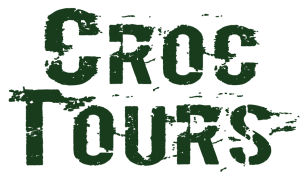 Croc Tours is a locally owned and operated Tour provider specializing in small groups. Croc Tours is passionate about wildlife conservation and its a pleasure linking tourists to Australia Zoo and showcasing Steve Irwin – The Crocodile Hunter’s message and passion enriched throughout the Zoo. We are dedicated in providing an enjoyable, comfortable and friendly tour service to the famous Australia Zoo – from Brisbane and the Sunshine Coast regions. Avoid timely coach transfers and big groups, Travel with Croc Tours in style with a knowledgeable Croc Tours team member in one of our vehicles. Less people, less transit time, no rushing, experience more with the ultimate Australia Zoo Experience like no other! Your day involves hotel pick up and drop off and up to 6 Hours to explore Australia Zoo. Visit our Tour and VIP Adventures pages for all our Tour options! Crikey, what are you waiting for!

You can choose from one our awesome tour adventures. Our best adventure includes a Koala Cuddle and Photo plus a sneak peak pass into the Wildlife Hospital (over $25 in extra value). We also offer VIP Tour Adventures for an even more special memory. The 3 Hour VIP Caddie Experiences are incredible and a must if you want the most unique experience and get up close to animals at the zoo. These VIP Adventures are only bookable by contacting us directly due to tight availability.

Our tours offer great variety and value and provide the best way to visit an Australian icon – Australia Zoo!

Australia Zoo – the home of the Crocodile Hunter – is still thriving and offering visitors the same extreme wildlife experience that Steve founded with Terri in the 1990’s. Steve and Terri Irwin’s vision has always been to make Australia Zoo the biggest and best wildlife conservation facility in the entire world, and there is no other zoo like Australia Zoo.

The friendly and experienced zoo keepers will expand your knowledge and passion, and the drop-dead gorgeous animals love to get up cup-close personal with everyone! There is always something new to see or do, with a multi-million dollar expansion currently in progress.

With over one thousand native and exotic animals, a line-up of interactive animal encounters, an action-packed 24-hour wildlife hospital and one amazingly adventurous Zoo crew, there is never a dull moment at Australia Zoo.

If you’ve ever wanted to cuddle a koala, walk alongside a cheeky cheetah, get up close to a gorgeous lemur, wrap a Burmese Python around your shoulders or waddle with a wombat, then Australia Zoo is your ultimate destination.

There are stacks of wildlife action every day and plenty of exciting wildlife shows. Get your adrenaline pumping when you watch a massive Saltwater Crocodile launch a strike in the 5,000 seat Crocoseum and catch the thrilling free flight birds as they fly right over your head in this amazing stadium.

Set over seventy acres, Australia Zoo is a tropical oasis amid beautiful natural bush land situated on Queensland’s Sunshine Coast. As well as the lush greenery and well-maintained gardens, the most striking attributes of Australia Zoo are the adventurous, spacious and artistic enclosure designs seen throughout.

The Tiger Temple, built to resemble the famous Angkor Wat temple in Cambodia, is a work of art as well as an architectural first – Tiger Temple boasts the southern hemisphere’s only underwater viewing of tigers. Relax as you stroll through the gorgeous rainforest aviary and try to spot over 150 rainforest birds, or have a picnic with friendly kangaroos, amongst the shady macadamia and avocado trees.
Australia Zoo offers a range of tours from two-hour safari tours to exclusive platinum day tours which is a 5-star package – the ultimate wildlife adventure. Australia Zoo is the only place in the world where you can experience this kind of incredible VIP day, full of wildlife action and adventure.

Australia’s premier wildlife attraction keeps getting bigger and better as Australia Zoo expands its existing site to create Steve’s dream of a standalone worldwide tourist destination right here in Beerwah on the Sunshine Coast over the next five years.

Book yourself a memorable Tour Adventure

Join us for an Australia Zoo adventure

Travel in style and comfort in our luxury air-conditioned vehicle

We are dedicated in providing a comfortable, safe, friendly and 5 star service to Australia Zoo – avoid coach tours and travel in style and luxury with Croc Tours

Less people, less transit time, no rushing, experience more with Croc Tours who offer the ultimate Australia Zoo Experience like no other!

Crikey! What are you waiting for? Book Now!

If you would like assistance planning an adventure with us…